Process engineers in the fertilizer industry are keenly aware of the toxic and combustible properties of ammonia (NH₃). While the tragic 2013 ammonium nitrate explosion at a fertilizer storage plant in West, Texas, that took 15 lives was ruled an arson incident, the force of the explosion was the equivalent of 7.5 to 10 tons of TNT according to multiple sources. The improper handling or monitoring of NH₃ can be a deadly serious mistake.

Ammonia is a colorless gas that has a pungent smell and is naturally found in nature in trace quantities. This gas is lighter than air, which means it can form clouds that travel beyond a fertilizer plant’s perimeter in the wind during an accidental release. If there is water vapor in the gas mixture, then the cloud often remains lower to the ground and can be a serious issue inside a plant for employees. 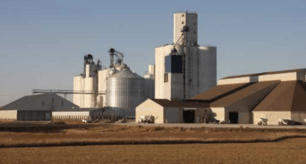 Ammonia is used in fertilizer production and a number of other industries. It is also used in pharmaceuticals and as a refrigerant in food processing operations. Industrial grade ammonia is typically supplied either as anhydrous ammonia in tanks (in a pressurized or refrigerated state) or in liquid form (mixed with water). The anhydrous form is used in fertilizer production.

Fertilizer for agricultural purposes is typically manufactured through the Haber-Oswald process using anhydrous ammonia (gas state) and concentrated nitric acid to produce ammonium nitrate. After mixing, a complex chemical reaction occurs and the resulting solution undergoes a drying process to remove excess water. Prills (small beads) are created from the AN melt from a spray tower. For granules, the process also requires spraying and then tumbling in a drum.

According to health and safety authorities around the world, toxic exposure symptoms of ammonia, depending on the form and level, can include: irritation of eyes, nose, throat; dyspnea (breathing difficulty), wheezing, chest pain; pulmonary edema; pink frothy sputum; skin burns, blistering; liquid: frostbite. Various government-mandated regulatory ammonia exposure limits are in place at fertilizer and other industrial plants to protect workers. Ammonia can also be combustible. While not highly flammable, ammonia in containers is explosive under high heat. The lower explosive limit of ammonia is in the range of 15 percent, and the upper explosive limit is 28 percent. Leak monitoring of this gas is a required safety procedure anywhere it is in use.

Depending on the plant layout, ammonia can be difficult to detect. Many fertilizer plants are crowded with equipment where ammonia can be present, which makes perimeter monitoring essential to protect the entire plant and surrounding community. For these reasons, plant safety teams typically rely on a mix of portable detectors worn by employees and fixed gas detection systems where 24-x-7 monitoring is essential.

While all of the various types of ammonia gas detection sensors have their strengths and weaknesses, they also do a relatively good job depending on the plant application environment and the specific installed location (fixed gas detectors), routine maintenance and staff training. Depending on the sensor technology, problems can range from saturated cells to calibration drift to dirty lenses, which all require periodic attention.

A best practice for plant safety in regard to ammonia gas detection is to follow a multi-sensor layered approach including the various types of portable and fixed detectors utilized where they make the most sense depending on the application needs and areas of potential employee exposure. This provides a highly secure web of coverage with some redundancy to guard people, equipment and facilities from accidental gas releases.

Some of the gas detector problems most frequently cited by plant operators regarding traditional electrochemical ammonia sensors include a relatively short gas sensor life, the potential for sensor poisoning or fouling (contamination) and the need for frequent sensor testing, cleaning, maintenance and replacement. For this reason, the safety industry works continuously to improve existing gas sensor technologies and to develop new ones that address these problems. 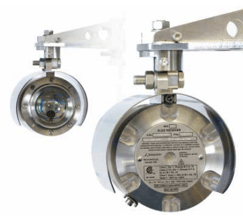 Senscient ELDS™ Gas Detectors create a highly reliable full detection perimeter around any fertilizer plant for the detection of NH₃, and are suitable for use inside the plant as well in process areas. The technology behind ELDS Open Path Gas Detectors (OPGD) relies on enhanced laser diode spectroscopy (ELDS) to detect specific toxic and flammable gases. In the event of a gas leak, the sensor’s laser technology recognizes and analyzes a gas’ specific harmonic fingerprint, which in this case is NH₃, and issues an alarm when the gas is present. 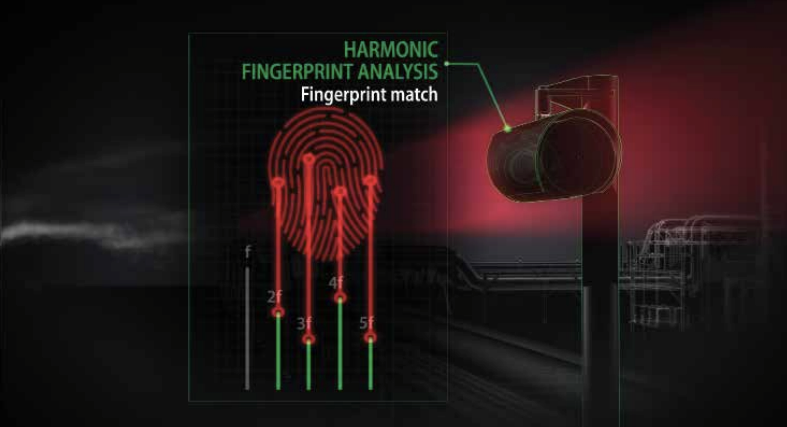 Ammonia is both a toxic and combustible gas hazard within fertilizer plants. When developing an NH₃ safety plan, be sure to consider relying on the gas sensing technology that will be most effective in the various process areas inside the plant and surrounding communities. Gas detection technologies are not necessarily interchangeable because of the variability in the plant environment (inside and outside). Also be sure to consider maintenance and reliability (failure to alarm and false alarms) requirements: over the long term, the cost of maintenance can exceed the initial cost of the detector.